When I have heard the term “defending my faith” in the past it has been applied to apologetics, a knowing of the Word of God in such a manner that you can argue it. I am not opposing that definition but there is additional definition to “defending your faith”.

I have recently been reminded of the many times I have walked in fear. Honestly, they are like the grains of sand on a seashore. My life has been filled with fear, from the first abusive memories of my youth to scattered moments of this very day. Fear presents itself constantly, like the relentless bully on the block that demands your lunch money before he will allow you to pass. We have a choice to step toward fear and pay the bully, but he will never let us pass! We can turn our backs on him or throat punch him, cutting off the wind beneath his words, stepping over him as he diminishs to the squawking runt that he truly is. We have daily opportunity to choose faith, to “defend our faith” with our actions and choices, as well as our words. I would compare fear to temptations. It is not a sin to be tempted. We have a choice when temptation presents itself. We have that same choice when fear presents itself.

The moments that I choose fear, I walk as a prodigal, squandering my inheritance of faith, prostituting a portion of The Body of Christ in exchange for the folly of vain imaginations, for the fleeting pleasure of self pity, with the meager compensation of acceptance and conformity in this world. We support the co-dependant habits of others by tickling the ears of those that believe they have need to hear our woes, which in turn reduces the valiancy of their walk, leaving them with a false definition of their worth and their calling.

I wonder how many people questioned Jesus’ authority and calling in the town of His youth? I can’t imagine that He was fearful of their fiery words, or that His foundation was rattled as their doubts and speculations were hurled at Him and fell at His feet. I can only imagine the mocking that Jesus could have endured, even as a toddler, as he was learning to walk and talk. There were the questioning faces of onlookers who were trying to have faith that He was their Savior or prove that He was not. Glances shifted to words of disbelief and accusation but still would not have hindered Him as he was learning to walk or talk because His eyes were only on The Father. Some wanted to believe what the prophets had spoken but the fears within caused their eyes to focus on the immaturity of His natural process of learning to walk one step at a time, causing those close, in His home town, to look more upon their fears and disbelief than on His calling. The God of this universe put Himself in the position to be ridiculed, to be judged harshly, to be in a fish bowl for others to watch as He matured in His humble human state, the state that He chose! His humility leaves me undone and in awe. His love for us is immeasurable. His sacrifice will never be matched! He is my endearing example of how we are to serve one another. He did not do anything that He did not see the Father do or hear the Father say. To love like this is my great commission!

If Samuel continued to grow in stature and in favor with the LORD and with people (1 Samuel 2:26) and If Jesus grew in favor with God and man (Luke 2:52) then we have permission to do the same.  By Jesus leading a sinless life and “growing” throughout his life, then we need to allow each other to grow and mature without assuming it is sin. I believe we can walk away from those scriptures knowing that immaturity isn’t sin and give grace to grow in this walk.  What freedom!

Though others may look at my yesterdays, I will look at my tomorrows and at the tomorrows of others. On the days when I feel that annoying sand between my toes, I pray that I will recognize the need to humbly receive the foot washing of redemption that has already been poured over my yesterdays, as well as my tomorrows. I will trust The Father today! I believe these are the actions of a warrior. Actually, these are the actions of a fierce warrior! I am sending out a war cry!

I am calling out YOUR tomorrows!

One thought on “Calling Out Your Tomorrows!” 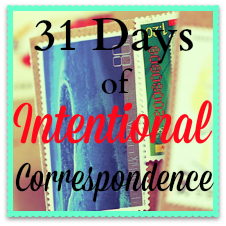 This Notion of Rest